Chris Kaag was born September 11th, 1976 in Cherry Point, NC.  He led a normal childhood, bouncing around the Eastern US and Reading, PA area with his family before they settled in Canton, OH.  Upon graduating high school, Chris followed in the footsteps of his father, grandfather and uncle before him and joined the US Marine Corps at the age of 17.

While in boot camp, Chris learned several valuable lessons that would shape him as a young man and in the years to come, including one very special lesson from his drill instructor.  During a group cadence run in boot camp, Chris’ drill instructor, Dave Hart, uttered five words that continue to echo in Chris’ head during his most difficult times: “Don’t quit on me, Kaag.”  That former DI is now a Lieutenant Colonel in the Marine Corps, and in 2010 Chris had the good fortune of thanking him personally for changing his life in such a positive way.  In return, Lt Col Hart had only the highest praise for Chris, saying that he was truly one of the best and he knew he would have gone far if he had been able to stay in the USMC.

Chris had aspirations of being a USMC Drill Instructor himself, but during his second tour in Aviano, Italy in 1997, a duty-related concussion led to the onset of a rare genetic neuro-degenerative condition and his career was cut short.  After several weeks at Walter Reed Medical Center, Chris was diagnosed with Adrenomyeloneuropathy, and soon after, he was medically retired from the Marine Corps, holding the rank of Sergeant.

Upon receiving his diagnoses, Chris had a decision to make. Either give up and let his condition control his life or dig deep and push on. Chris chose the latter.

Upon his retirement from the USMC, Chris graduated with a business degree from Penn State University and started his own company Corps Fitness, receiving its namesake from his father, Tom, who passed away in 2012.  Persevering towards his aspirations of being a USMC drill instructor, Chris started Corps Fitness in 2004 out of the back of his truck using little other than his Marine Corps experience and mental toughness.

In 2007 Chris established the non-profit, IM ABLE Foundation. The Foundation was created to build and support active lifestyles for individuals with disabilities. IM ABLE’s goal is to help all individuals realize the potential to go further and push harder then their preconceived limits, because once this potential is realized the possibilities are endless.

Through his choice to view his own disability as a personal stepping-stone and not as a crutch, Chris hopes to motivate others, both disabled and able-bodied, to redefine the way they view their own personal challenges. We all have obstacles, but it is up to the individual to take that next step.

Words from Chris - “Defining moments” are experiences that have an impact on our souls, and create that moment by which we are defined. However we choose to handle the challenges in our lives reveals more about our personality and character than any other test. Only when someone goes beyond his perceived capabilities and is forced to dig deep into his soul to find strength, does he have a greater understanding of who he is. At that instant, knowing that you are able to exist on a higher level is one of life’s most important discoveries. Without this, our true capabilities would never be realized and our lives would be confined to the boundaries and limits we place on ourselves.

I experienced my defining moment in Marine Corps boot camp at Parris Island, SC in the summer of ’94. The profound lessons I learned at Parris Island have transcended into my daily life and continue to influence how I choose to handle all other challenges, particularly what follows.

In 1997, at the age of 21, I was diagnosed with a degenerative nerve disorder that would become the turning point of my life. I was faced with a decision to dig deep and push on or give up and let my condition take over my life. Those 3 months in boot camp would serve as my guide and ultimately give me the knowledge and strength I needed to dig deep and push on and lead me to where I am today.

Today, I continue to put one foot in front of the other, regardless if that step is supported by my 2 canes or my wheelchair, to show everyone that you only have to look inside yourself to find the strength to keep going. I live by three simple words that I learned as an 18 year old Marine recruit:

IMPROVISE, ADAPT, AND OVERCOME : Everyone has their cross to bear, some bigger than others, but do not let it stop you from achieving your goals. Improvise; find a way to do things differently. Adapt; implement this change into your daily life. Overcome; get on with your life with no excuses.

Viewing my disability as my stepping stone and not my crutch will hopefully redefine the way others view the challenges they face. Dig deep and you can accomplish anything! 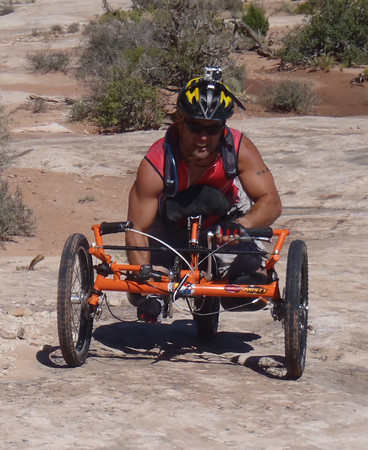 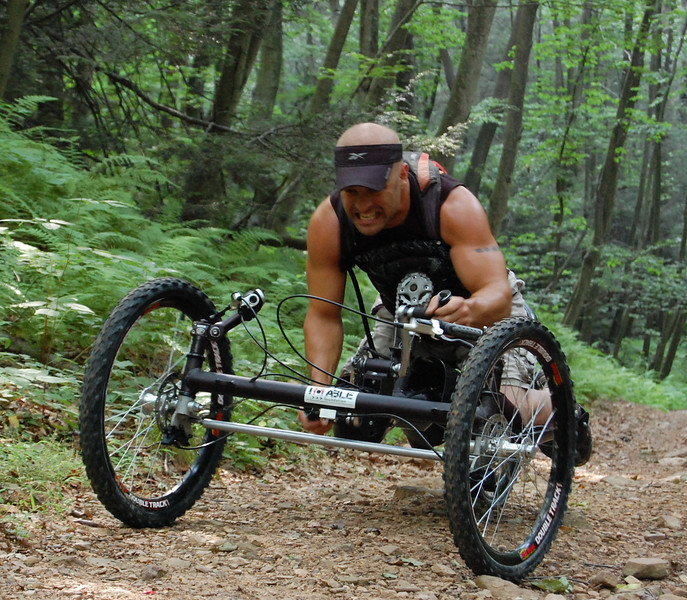